13 of us attended at FGP on this fine morning, and spread ourselves out around the lake in the marked areas previously mapped by the organising team, led by Sonia Starbuck. We proceeded to record all the flowering plants possible – fortunately, fresh from our training session on grasses, sedges and rushes with Kevin Walker on the previous day. 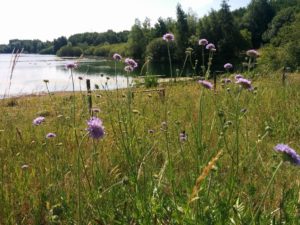 FGP is a particularly rich site – it has the largest species count of all the HDNS sites surveyed – and at this, the peak flowering season, it was a feast of flowers despite the preceding weeks of drought. Speaking for myself, it was a useful exercise to have to key out all those Willowherbs, St John’s Worts & Forget-me-nots which I normally ignore!

We amateurs got nowhere near to the full species tally but we did record 197 plants between us, and we did enjoy ourselves. 9 plants appeared to be new or previously overlooked. Some of the areas were not covered – you just can’t get the staff! – so the project may be continued in future years. See below for the list of plants recorded. 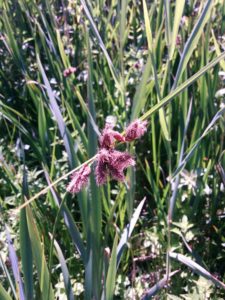 Shortly before 3:00pm there was a general exodus in the direction of the World Cup England match…

Many thanks to all those who attended, to June for hosting the event and to Sonia for organising it.