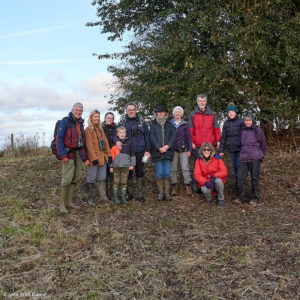 This was the ninth year of the New Year Plant Hunt organised by the BSBI, in which almost 1,500 volunteers took part in a national search for flowers in the middle of winter. The idea is to build up a picture of how our wild or naturalised plants are responding to changes in weather patterns.
Harrogate Naturalists of course took part with 12 members turning up, accompanied by one reporter from a national newspaper, who was writing an article about the event. Kevin Walker’s family also came along which made the occasion very enjoyable. It is always reassuring to explore nature with children since their knowledge is our future.

After warming up with food and drink, we began our search in the environs of Muff and Jack Upsall’s house which is located beside the nature reserve. We then progressed into the reserve itself. Despite the previous wet weather, in three hours we found a total of 14 species. These included Ulex europaeus, Gorse and Corylus avellana, Hazel. Interestingly, although Bellis perennis, Daisy was the commonest plant found nationally, we did not find it ourselves. We did however, find some lovely bright coloured plants-as well as the yellow Gorse we also found Lamium purpureum, Red Dead-nettle and blue Veronica persica, Common Field-speedwell. 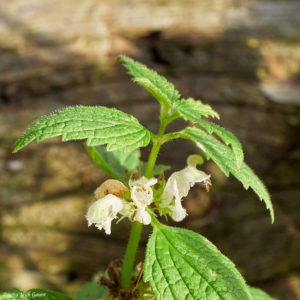 It would appear that our results paled in comparison with those in some other parts of the country. There is a participant from Swanage who records over 100 species each year. And one lady even submitted her records on her way home from the London new year fireworks! It is important to mention however that even if there were some volunteers who perhaps hunted for three hours in some areas and found nothing, these nil records are equally important. They will also contribute to the picture of our changing weather.

To date, 769 lists have been received and 623 species have been recorded. If you want to see the results in full and comparisons with other years, then please look at the BSBI website: https://bsbi.org/new-year-plant-hunt

See you next January!