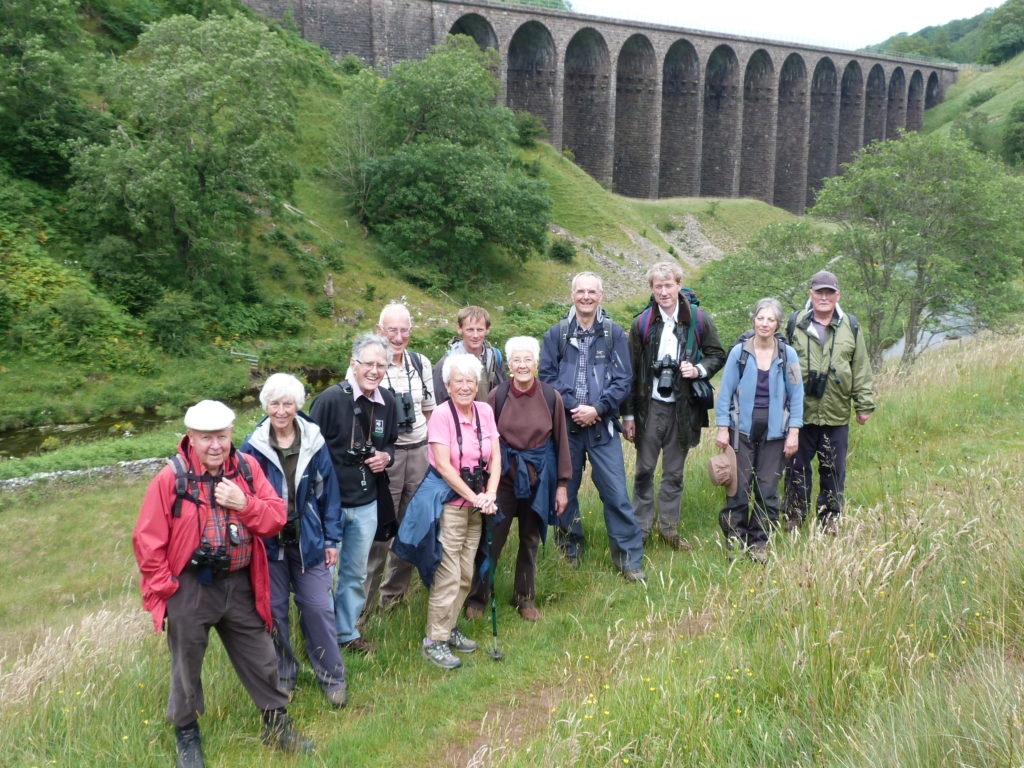 We drove across the Pennines into Cumbria to the Smardale Gill National Nature Reserve, one of only two English sites of the Scotch Argus butterfly, a species in flight during late July/August. We might also be lucky to see another English butterfly rarity, the Northern Brown Argus.  Also, the reserve was home to Red Squirrels, and there were a number of orchid species that should still be in flower.  When we arrived the weather was dull and overcast, with a forecast of rain; the books had advised that the Scotch Argus only flew in sunshine, so we were keeping our fingers well crossed.

After an hour and a half, or so, we stopped for lunch in an old quarry.  On the way we had noted Common Spotted and Fragrant orchids among the many wild flowers, but had not by then seen a single butterfly.  While we were still eating our sandwiches, we met up with another group being led by the Cumbria Wildlife Trust warden for the reserve, who told us that Scotch Argus’ were definitely around, and where we might see them; he confirmed we probably would not see the Northern Brown Argus as it was finished for the year.

During the afternoon, as the weather improved, butterflies could be seen flying over the moorland grasses.  It was soon apparent that these included a number of Scotch Argus.  We were particularly fortunate that the weather was dry, but still cool and overcast.  In these conditions the butterflies preferred to rest in among the grasses to taking flight, which presented us with the great opportunity to take close-up photographs; and to capture specimens to examine in-hand.  We were thus able to admire the striking, velvety, dark chocolate-brown, with an orange band, of the upper wing of a newly emergent Scotch Argus.  Similarly, we were fortunate to capture and closely examine another of the reserve’s less common species – Dark Green Fritillary. 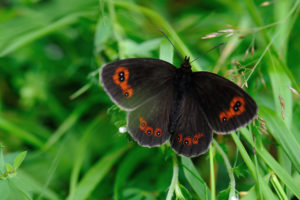 It was raining steadily by the time we returned to the minibus, but everybody had thoroughly enjoyed the trip.  We never saw the red squirrels, but we did see seven species of butterfly:  Small Skipper; Common Blue; Dark Green Fritillary; Scotch Argus; Meadow Brown; Ringlet; Small Heath.