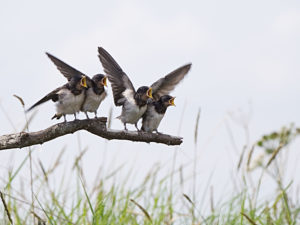 After a good run through in the minibus, a Merlin was seen flying over a field as we approached Spurn on a bright day with a fresh southerly wind.  A sea-watch first at the Warren produced Arctic Skuas, Gannets, Fulmars, Sandwich and Common Terns and a Brent Goose, while packs of Common Scoters and Teal were moving through.  Near the sea-watching hide, a Whinchat was found on a fence where it gave close views, a good start!  As we walked along the road from the Warren checking the bushes, it was obvious that there was a distinct lack of passerines with only Chiffchaff and Willow Warbler seen.  During a lunch stop by the Crown and Anchor Inn a Wheatear was found below the sea wall and the report of a Pied Flycatcher in the car park was worth investigation, but the bird did not oblige.  After lunch we visited Kilnsea Wetlands, with the prospect of seeing both Pectoral and Curlew Sandpipers our main objective.  The Curlew Sandpiper gave good views along with Greenshank, Ruff and Dunlin but the Pectoral Sandpiper remained elusive, though we did cover all the possible sites.  Seven species of duck were also seen including Pintail, Shoveler and Wigeon.   High tide was approaching as we returned to the centre to obtain close views of waders in the estuary.  We were greeted with a fantastic display of Grey Plovers and Knots, some still in their breeding plumage, Bar-tailed Godwits, Sanderlings and Dunlins, there were thousands of waders all along the tide line, together with 12 Little Egrets.  Speculation was made of the possibility of a Whimbrel and one member persevered until he found one!  A great ending to an excellent days birding with 80 species being recorded. 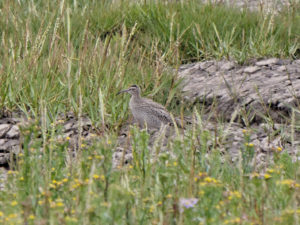 Many thanks to all the members who worked hard to produce such a good list. See: Spurn Point Species List 03Sep17